Axiom participated in the 2018 North by North Festival hosted by Institute of the North at the Anchorage Museum. The festival featured presentations and panel discussions with people from 15 countries including the US, Canada, Finland, Norway, Iceland, Greenland, Scotland, Germany, and more. Topics were wide ranging, from art and film to smart cities and interconnectivity, to food and health in northern latititudes. 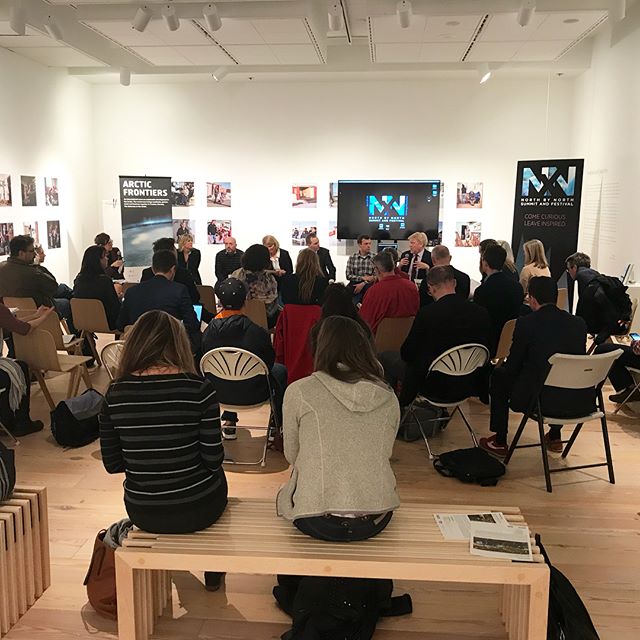 In a session on Climate Action on Friday, April 27th, Axiom’s Will Koeppen presented on Arctic climate data accessibility, making the case that, “Whether it’s policy, recreation, or design, we need to know that the decisions we’re making are based on real information.” He showed recent tool advances (developed in part for Alaska Ocean Observing System data), such as anomaly plots for the city of Nome, and new graphing techniques for long-term climate series such as sea ice off the coast of Utqiaġvik. Other presenters in the session talked about recommendations for protecting rural communities from climate change (Max Neal, ANTHC), how black carbon is affecting glaciers in Canada, and the use of algae in carbon capture (Nathan Morrison, Sustainable Now Technologies).

On Saturday, April 28th, Will, Ronni Wilcock (Two Bears Environmental Consulting), Erica Betts (PDC Engineers), Laura Young (AECOM), Judy Chapman (State of Alaska DOT) participated in a panel discussion moderated by Erin Trochim (Alaska Climate Adaptation Science Center, UAF) in the East Gallery of the Museum. The panel was a fishbowl conversation centering on Climate Action - Community Risk Data and Response Options. Approximately 15 other attendants from the conference joined the panel in an open conversation. One of the most interesting topics was brought up by Malinda Chase (AK CASC) related to “data sovereignty”, especially in relation to collecting data from rural Arctic villages. Other questions revolved around duplication of effort when data is not shared, data repositories for emergency response, privacy issues, and how researchers collecting data should be working to take data back to communities where it’s collected (e.g., in the form of maps).